SFC stands for Soldiers for Christ.  The crew consisted of Super C, QP and DJ Dove.  Super C is also known as Sup Everyday Remembering Christ or later on as Sup the Chemist.

They've been credited as starting the Holy Hip Hop movement that we know today.  Even though Christians had done rap before 1988, Sup and the crew where the first recognised as legit.  Most Christian rappers in that time made rap music mimicking others' styles, or as a gimmick.

SFC sold over 100,000 albums, from 1987 demo to their last in 1994.  Sup the Chemist went on to do 2 solo albums, mentor newer artists including the Tunnel Rats and LA Symphony, and write a book. 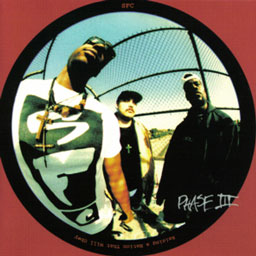