The emcee duo; Izzy (Hailing from Penrith) and The Profit (Central Coast).  They’ve each been hip hop artists for the better part of ten years, and are both constantly striving to play a massive part in the hip hop community and the community in general through charity work, youth work/ministry, outreach and general involvement with young people using hip hop as a means to connect, and empower young people.  They teamed up after meeting as individual support acts at a Fonke Knomaads gig and the journey progressed from there.  Since then, The Profit has released his debut album “Self Regicide” 2010 under Krosswerdz Recordings.

But as a crew they have been working hard on upcoming projects, and just dropped the “Taste-Tester” March 2012; a 3 track sample of what to expect from the Debut album “Pulling Strings” August 2013.  In between writing and recording, the duo now alongside Deejay Maniak (DJ/Productions) and Wizdm (Productions), have had the opportunity to hit the performance scene and have supported/shared stage/worked alongside names such as:

What's It All About (ft. Oakbridge)

What's It All About? (Remix)

Too Much (ft. The Praying Mantis) 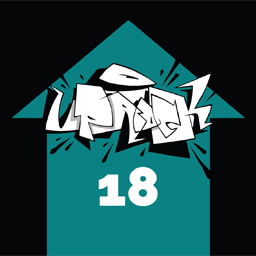 Events
34 past events...
Related: Izzy The Profit
Browse other artists...