He has quickly become one of Australia’s most sought after hip hop ministers and his debut album REDEMPTION has quickly become one of the highest selling Australian hip hop albums. Having charted at number 10 in the secular hip hop charts through reverbnation for three consecutive months, Genesiz has solidified his place in the hip hop arena within Australia, proving that positive God focused hip hop can stand up in the secular world.

Genesiz has also been instrumental in bringing change into lives through his faith in God and testimony of redemption. "Genesiz is all about being authentic. His music is evident of his passion for Christ. He has a servant’s heart and always puts others before himself” states Minister RMB when prompted on his thoughts of the Australian rapper.

But the road to redemption was not easily travelled. Born the son of a pastor, Genesiz learnt quickly that following God was an individual journey, one he forsook in his teens. But in 2001, Genesiz came to a place of hopelessness. With no one else to turn to, he looked to God. His life redeemed, Genesiz took a 180 and began a new chapter.

Several years later, he lost two close friends to cancer & suicide within 5 weeks of each other. Inspired by the life of one, & saddened by the loss of the other, Genesiz began “The Commission” – a hip hop outreach ministry. “I just felt like my life was created for so much more than living to retire. I was challenged to create a legacy with my life, and to do something with my life that could have eternal effects. So my focus had to shift from me, to others” says Genesiz. 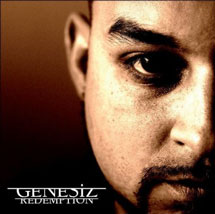 I Am Legacy (ft. Sevin, Silaz)

The One and Only (ft. Delany)

Pass Me The Crown (ft. Deleney)

Round & Round (ft. Zero, Maskerade)

Events
26 past events...
Related: The Commission
Browse other artists...