Jered Sanders is an artist who is able to lyrically hopscotch through rhymes and flows.  His clever metaphors and witty observances compliment a rhyme scheme that few could match let alone live up to.  However, that is only a small portion of who he is an artist.

The DMV by way of Florida rhymesayer, began his love affair with Hip Hop in elementary school.  He was driven by his adoration for 2Pac to move toward the mic by the time he entered High School.  But it would be a completely different calling on his life, that would once again cause Jered to switch up the verbage that he spit as well as the way in which he delivered it.

After the widely acclaimed success of his 2013 debut EP "While You Were Waiting" a metamorphosis took place within Jered.  In 2014 Jered became a youth minister for his church and found himself thinking about how he could be a better representation of a leader for the kids.  Knowing in his heart that he could do better than what he had previously been flooding the streets with, he decided to pull his former style of Hip Hop out of his repertoire and totally devote himself to crafting a new way of spitting that encouraged instead of assassinated.

Children of the Cloth

Know About It (ft. Ki'Shon Furlow) 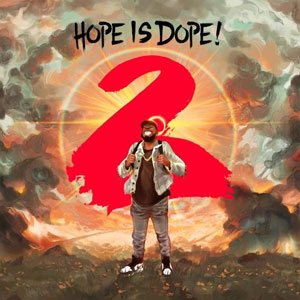