MP Ancient aka MotionPlus of the Scribbling Idiots, has built a following with his honest takes on life, pulling no punches, and make music thats true to himself.

He was born in Quincy, IL.  He was raised by his grandmother.  Without a father figure in his life, MotionPlus lived on the poverty level with limited guidance, which resulted in behavioral problems and being a terrible student in school.  At the age of 15 his Grandmother died of cancer.  The little stability he had was gone and his life felt empty.

William was introduced to Hip Hop in 1981, by a cousin who worked at a local college radio station.  The record William heard was Planet Rock.  The rhythm stirred something within him and a B-Boy was born.  This musical art-form gave him a way to release some of the pain over his Grandmother's death.  He wrote his first song in honor of the woman who was the only constant in his life.

Since that first song, he continued to write in response to the things he was going through.

Won't Go (Quiet in the Night) 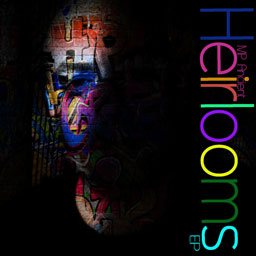