Eskatology is of Aboriginal, German and Yugoslavian background.

He started listening to hip-hop at the age of 9.  At the age of 12, he wrote a rap about the passing of his grandmother, which he felt helped him deal with the issue.  He would later write more about issues impacting him.

But he did not take what he wrote seriously and was still developing his own style and flow.

By the age of 19 he released his first mixtape un the alias "J-Locc" which was not his greatest work but was a starting point to bloom into something much more.

A few years passed... while Eska was dealing with personal issues of anxiety, depression and alcoholism for a couple of years and moving around, he turned back to the pen.

Dropped a new alias of Eskatology, which means a end for all things, or the end in bible writings/armageddon.  He proceeded to make a demo whilst making the huge change to give up the country life and move to Adelaide.

Cradle to the Grave

One Time 4 ur Mind 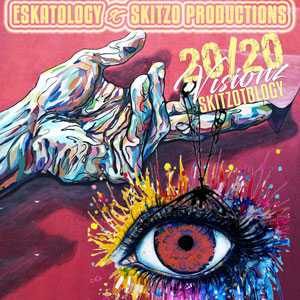 Events
5 past events...
Browse other artists...