TeOp and DJ Soup birthed a fresh Oz flow out of a mutual participation in the mid 80's electro-breakdance phenomenon. Soup was the sound provider for local break crews and TeOp was a windmill breaker who turned MC & by 1987 the FONKE KNOMAADS were born!

The bedroom based crew burst onto the emerging Australian Hip Hop Scene in 1993 with a left field style show that confused and entertained audiences around Sydney. Releasing amongst the first crop of Oz Hip Hop EP's: "The Hills Are Alive With The Sound Of... / U Can't Deny Genetics" on the now highly collectable Purple Vinyl (and limited release Red) the lead track was received well on radio and among DJ's and was one of the earliest Australian Hip Hop tracks to get rotation on Triple J (National Youth Radio).

The Knomaads disappeared from view as qik as they came with TeOp moving into early retirement and DJ Soup launching a solo career spanning 3 more EP's (Soup and Avene, Eclectro, UberSoup) and 3 albums (Souperloops, Anuva Planet and Beatroot), as well as producing for many and varied hip hop artists and also other genres.

In 2006 TeOp re-emerged as a Father of 5 releasing a solo album (People Wake Up And Start Dreaming) with Soups assistance and the two began gigging again.

Individually and together Soup, TeOp and the Fonke Knomaads have played to thousands at the likes of the Sydney Superdome (Acer Arena), AGMF07/08, Peats Ridge Festival, The Falls Festival, Every club in Sydney, Revolver, Bar Broadway, Beach Rd, Brackets n Jam, Youthfest, and the list goes on and on and on and on.

Stay tooned for more and more of the deep fonk with rhymes and cuts from the original Fonksters and Enjoy!!

How Did We Get Here

Style Is Worth While 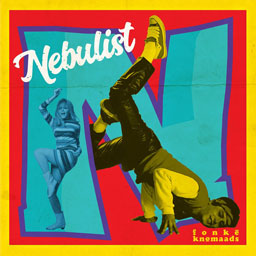 Events
7 past events...
Related: Father of 6 / TeOp
Browse other artists...